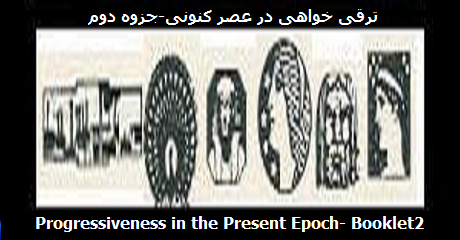 Over 36 years ago in 1984, I wrote a booklet in Persian entitled 'Progressiveness in the Present Epoch,' and it was published in Iran Times of Washington DC from November 1987 to January 1988, and later the scientific foundations of the discussion was published in AI Journal in Fall of 1985 in a paper entitled 'Intelligent Tools: The Cornerstone of a New Civilization,' and from the perspective of economics the topic was further delved into in 1989 in a paper entitled 'A Theory of Uniqueness Value.' Six months ago in an article entitled 'Soon: Futurist Party Platform Supplement,' I wrote about those who had helped in these endeavors during the last half century and I wish all those friends the best. What I discussed in the first booklet was as follows:

1. The viewpoints of Iranian intellectuals at the time of 1979 Revolution

2. The approach of various political groups towards progressiveness

3. Progress and advancement in the realm of beliefs

4. A short discussion about Sufism in Iran with regards to the idea of progress

6. Formation of a New Civilization and the response of reactionary currents to it, including, on one hand, the IslamicKKK in Middle East and elsewhere in the world, and on the other, New Age Movement in the final years of 20th Century in the US which unfortunately was supported by a famous futurist Merilyn Ferguson at that time.

In those years, not only in the Iranian intellectual circles, but also in the U.S., kind of distancing from 'Progressiveness' had become commonplace who promoted cultural relativism,  whereas today, a major faction within the US Democratic Party call themselves 'Progressive!' Unfortunately in the last 35 years, I did not find the time to translate the first booklet of this topic to English, and the English text of it is only a statement acknowledging that the first booklet is only available in Persian and surely the discussion of the vision, both in English and Persian, was continued in 'A Futurist Vision' and in a book entitled 'A Futurist Iran.' But what is intended in this second booklet of 'Progressiveness in the Present Epoch,' is to review progressive 'solutions' in Iran and the World of 21st Century which can be viewed not only as a result of historical experiences of humanity, but also as a result of the reality of formation of wealth and justice in today's world, and following the discourse about alternative income and especially of 'abundance' which has been discussed in 'Supplement 2020 of Futurist Party Platform' as a fundamental solution for social justice, and generally the new paradigms, and more importantly the fact that in 21st Century the humans themselves are making a fundamental change which has been established by Kurzweilian Futurism in its scientific details, a topic extensively discussed by this author in a book entitled 'Futurist: Humanity's Nowruz in 21st Century New: Variant to Meet Human Needs.'

As discussed in the first booklet, not only some kind of viewpoint entailing progress and evolution is present in the writings of Aristotle and after him, in the works of Lucretius, the Roman thinker who lived from 99 to 55 B.C., but in the Western World even "the concept of humanity was formed parallel to the concept of progress and the word humanity was first used in Second Century A.D. at the time of forming the first written laws of the Roman Empire."  But various visions and progressive ideas in Europe, especially those discussed after the Middle Ages, were discussed 40 years ago, in two papers, one entitled 'Marxist Thought & Monism' and the second one under the title of 'Pluralism in the Western Thought'.

The first place these progressive visions were seriously executed in a political program, was during the 1775 American Revolution which chose secular democracy as its visionary platform, despite the founders like Jefferson being aware of socialist views like Thomas More that cost him his life in the United Kingdom three centuries before the American Revolution. In fact, the first place that socialist views were presented in a major social upheaval was during the Great French Revolution when the Jacobins presence was strong. The reality is that the leaders of 1775 American Revolution chose Secular Democracy as their solution. Today, two and a half centuries later since that upheaval, basically secular democracy is established to various degrees in most parts of the world, although in countries like Iran, it has not been achieved yet.

In fact, the socialist currents in Europe, not only during the Great French Revolution of 1789 which occurred 14 years after the American Revolution, but it had strong presence in 1848 Revolutions, and during the Paris Commune of 1870, and then we have witnessed the Russian October Revolution of 1917, Chinese 1949 Revolution and the formation of Socialist Camp in the middle of 20th Century which spread over half of the world, and even in the European countries, social democracy is strong in the structure of power to this day, and all this, presents a reality of All Talk of Marx and Marxism after 180 Years, which is even reflected in the philosophical views of the politicians for example on topics like contrariety and contradictions. As a result, one cannot think that 'secular democracy' in American 1775 Revolution and later during the US history, has had the last word, and this is why 13 years ago despite emphasizing that not just 'human rights' but secularism will decide the future of Iran, nonetheless three years ago, in a note it was discussed 'Why Secular Democracy is not enough and Futurism is needed,'and recently in a philosophical book entitled 'A Walnut under the Microscope: Science, Religion, Philosophy and Change,' this issue was delved into in a more fundamental way.

The reality is that futurism by itself is not enough either and the organization of futurist party is needed, a topic which was first discussed seriously by this author in 2007 in an article entitled 'Kurzweil, Harry Potter & Futurist Party,' and a bit later in an interview on VOA about Modern Futurism, and although the scientific realm of futurism was the focus of discussion but the political subject matter was emphasized as well, and 21 years ago, in 1986, emphasized the issue of creating the political organization of futurists in a communique I wrote for a small group in San Jose, CA under the title of 'Society of Futurist Iranians.' But a serious work to create such organization was done for the first time five years ago by my friend Dr. Esmail Nooriala when he founded Iranian Secular Democratic Party, and still he is leading this tough work of founding and forming this first serious political Futurist Party. In fact, in the same way before the American Revolution, in Europe, there were the likes of John Locke, or on the other side of the spectrum, Thomas More, who had done futurism, but it was the American Revolution which made a tool to make that futurism take shape in the U.S. and even in Europe, in various forms, today, the Futurist Party, is such a tool to make it possible for progressiveness of 21st Century to take form. It is true that Democratic-Republican Party which was formed by Thomas Jefferson after the victory of 1775 Revolution (and later changed name to Democratic Party), but in fact the freemason organization that Jefferson and other American Revolutionary Leaders used for organizing and leading the American Revolution to victory, was not the traditional Freemason organization of centuries before them and they were driving the goals of social democracy in that body. Sixteen years ago in an article entitled 'Referendum Society,' this topic was discussed in details.  I believe, why the founders of American Revolution did not go from start to make a secular democratic party, was because they would have needed to drive membership among the people and create a democratic structure which was difficult during the dictatorial conditions of British colonialism, and they decided to use the frame of Freemason organization which they had at hand when George Washington, Jefferson and Benjamin Franklin were Freemason leaders. In fact, to some degree their situation was like that of current Iranian movement, when the majority of Iran's political opposition leaders are sill in traditional leftist organizations and not in a Futurist Party. 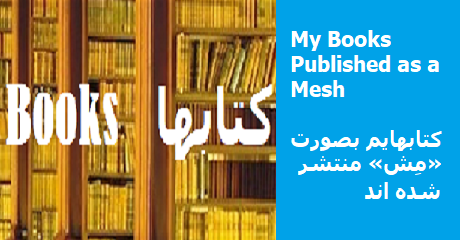