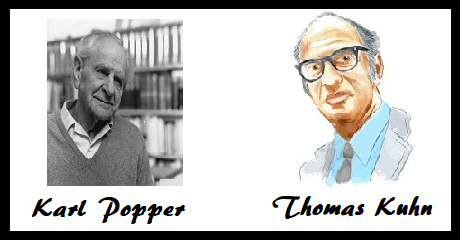 It is not anybody' s fault, because this is the theoretical model that has been learned for more than half a century by both Marxists and non-Marxists in Iran. If one still uses, consciously or unconsciously, the same model; the result will be mostly the same. But this time since the world really is very far from what those old models were used for, one may actually fall victim into a despair that is not really warranted.

One solution is starting to read books with newer perspectives and new paradigms. If one does not take the time to read new books, which are written as a result of such research; and instead tries to apply the old model to new realities, one can end up being disappointed that the world has forgotten those old paradigms and their merits; or one may be like an X-Christian whose only way of understanding the world is still through Christian dogma but without the Christian tag.

One way of starting to see things from other perspectives is reading authors who are looking at the world in newer ways. When it comes to geopolitical issues, I would like to recommend a very interesting book. The book is by John Naisbitt and it is an older work he authored entitled Megatrends. The significance of the book is not in its particular positions, but its value is that it shows one good effort to write a book on global issues using a new paradigm.

Once one starts thinking in a new paradigm, a more objective analysis of the works of the older paradigms may become possible. For decades the followers of the classical model of physics were arguing the discrepancies of the new discoveries in physics within the old paradigm, without getting anywhere. Einstein's significance was in introducing a new paradigm which got them out of the ineffectual fights (See Thomas Kuhn's "The Structure of Scientific Revolutions") (1).

Many times arguing within the same paradigm will keep both sides limited by the paradigm and just creates useless fruitless arguments. A good example of this issue to note would be the debates of the last centuries of Scholasticism in Europe, where discussions such as the number of angels that can sit on top of a needle were debated years after years without any accomplishment.

Actually the ten-year debate between the models of Thomas Kuhn and Karl Popper of the development of new paradigms (see Boston Studies in the Philosophy of Science); gave rise to David Bohm's explanation of this phenomenon in his book "Science, Order, Creativity" where he elaborates on the underlying reasons of the process of formation of new paradigms in science.

The works of authors such as Alvin Toffler and Daniel Bell are now translated to Persian and a book like Tofflers' Third Wave (moj-e sevvom) is among the best sellers in Iran. I heard Alvin Toffler's excellent short book Previews and Premises has recently been released in Tehran. It is amazing to see the vast interest for such pioneering works in Iran. It shows there are people in Iran who are trying to make sense of the current global realities and are no longer interested in counting the angels on top of the needle top.

The movements for progress and freedom in different epochs have been done under different flags. In the last 150 years, most progressive movements were fought under the flag of Marxism, just as a millennia before them, many such movements were done under the flags of Islam, Christianity, etc. Many of those movements did not succeed in some countries, but succeeded in others, and surely there were myriad of historical reasons for the difference in the outcome, and those are interesting topics for historians to delve into. It is OK for historians to spend time and come up with analysis of various movements of the past, but if one tries to find out how to figure out the best Islamic solution for interest rate today, the endeavor is simply a wasting of time. When a paradigm like Islam is obsolete, the goal should not be to find the reasons why it did not succeed in country X and find solutions to make the Islam successful in country X, which even if it works and succeeds, will be like Khomeini’s "achievement" which has been a retrogression for Iran. The need is to recognize that the paradigm is obsolete and use the latest advancements of today for country X and leave the analysis of failure of Islam to succeed in country X to historians. The same should be said about the paradigm of Marxism which is obsolete today. In other words, if a country X never made a good horse carriage, if the times are the times of cars today, one should not spend time to see how to make the best horse carriage in country X today. Times have passed it.

The reality is that the Marxist movement, in both its traditional and non-traditional versions, has accomplished what it could and it has ended. Although learning from experiences of all movements and all groups, Leftist, Islamist, Nationalist, Liberal, etc are useful historical works, but trying to find the solutions of problems of today, using these old paradigms, will not get you anywhere. Our times is not the era to fix the Left, it is time for our intellectuals to get rid of Islamist and Leftist viewpoints and *learn* new paradigms to find solutions to our old and new problems. For those who want to see how Marxism has become a movement of the past, I suggest they read an excellent three volume work by Leszek Kolakowski entitled "Main Currents of Marxism" (2). But as far as seeing the end of Marxism as a viable model, Karl Popper's work entitled "Open Society and Its Enemies" which was published decades before Kolakowski's epic research, had already said all that was needed to be said although Popper delayed the publication to after WWII because he thought it may hurt the anti-Fascist War. Although further historical studies about the Left by knowledgeable people is of value, but frankly the discussions with many of the ones who cannot cut from this tradition, which is like a leftover religion for them, is of no value, and the debates do not even have any historical value, and is a waste of time, like talking to an Islamist repeating Islamic dogma as a solution for today's issues. So for the ones interested in history, I think participating in the discussions and studies at the national and global level, just like studying of any other historical movement, may be useful to find some value, and as I said the studies of Leszek Kolakowski is the best I have seen, and one is better off to read Kolakowski, to avoid wasting time to reinvent the wheel by endless discussions with the Leftists.

On the other hand, none of the historical studies, global or at national level, is a substitute for new theoretical work to address economic, social, political, cultural and philosophical areas of life in our times, and for that purpose studying Marxism will help as much as studying Islamic or Christian theories in those fields. Studying Islamic and Christian theories of economic cycles will not help us to solve the economic issues of our times, and the books like gharb-zadegi of Ale-Ahmad and Shariati's works wasted the time of a generation of Iranian intellectuals and distracted them from the latest advancements of science and technology in the world (3).

The reality is that *the great schism* of the left *today* is not because of not being good at unity. It is *not* an organizational or a personal issue. The Left's paradigm is obsolete and it is worthless to try to fix it, just as the attempts of Islamists who differentiate eslaam-e sonnati and gheir-e sonnati (i.e. traditional Islam vs non-traditional Islam), are wasting their time to fix the Schism in Islam . The sooner Iranian intellectuals stop wasting their energy on fixing this great Schism of the Left, and focus on real issues of our times, the sooner we will be able to come up with real answers to the issues facing Iran in the political, economic, social, cultural, scientific, and technological areas of life.

Finally as noted in another article: The reality that all these Leftists choose to live in the West when leaving Iran, and do not choose the many results of their ideology in Vietnam, North Korea, China, Russia, Eastern Europe, or Cuba says a thousand words, and it is really unbelievable that they still want the people of Iran to try the path of the Left again, trusting their new version, after the failure of so many trials in the last 150 years. This is what is wrong with publications like Monthly Review in the United States. But in the US, these publications are like the books of Hare Krishna, and nobody reads or cares for Monthly Review in the US, whereas in Iran, such publications still find audience, again and again from the Iranian intellectuals. It is just like Khomeini who said all the past experiences of Islamic state are not good but asked the people to try his version of Islamic State, this time after 1400 years, and we see the result (4). This topic has been further discussed in light if Gorbachev's era in Russia, in a paper entitled "Beginning of the End of IRI" (5).

4. The Left: People with a Mission to Destroy Capitalism
http://www.ghandchi.com/115-leftmission.htm