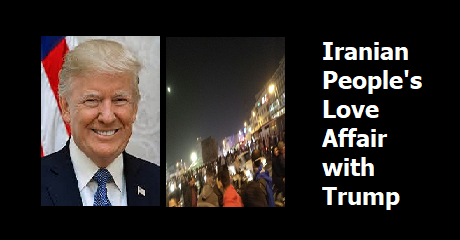 When President Trump was elected as President of the United States two and a half years ago, the people inside Iran had great expectations. A year later, President Trump's strong quick support for December 2017 Uprising in Iran (1), was welcomed by the Iranian people (2). The reason for this was not because of Iranian people's support of sanctions, and that is why an alternative for sanctions was proposed at the time (3), an idea which was used a year later, in a mutilated way by Prince Reza Pahlavi at the Washington Institute which caused the protest of the whole opposition (4), and again showed the incompetence of Prince Reza Pahlavi (5). At any rate, in the first days of sanctions, Iranian people inside Iran did not protest against it because they thought, President Trump would quickly remove the Islamic regime ruling Iran, and then people can take the next step and deal with those responsible for Iran's misfortunes of the last 40 years, and to make a new plan for the future. But after two and a half years of Trump's presidency, what has actually been the outcome for Iranian people is the sanctions that have led to misery of the people, and Iranian people are well aware that the United States has not banned food and medicine, and this is not the only issue for the people, the problem is that the boycott of Iran's oil sales has practically made the country bankrupt, and every single Iranian within the country feels pressure in their daily life, and the love for President Trump has turned into a hatred for him! This is a tragedy because President Trump's goal was not to create such an aftermath by his policies towards Iran, but unfortunately, the reality so far, has progressed in this manner.