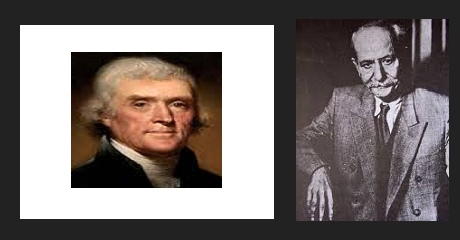 Yesterday a report was published by Politico stating that in March 2018, United States had planned for President Trump to make a video together with Prince Reza Pahlavi for Nowruz greetings and changed plans later to give room to possible rapprochement with Islamic Republic of Iran (IRI) and today Prince Reza Pahlavi was at a Think Tank in Washington DC talking strategy (1). Actually there is nothing wrong with supporting regime change in Iran (2), and the US error is not about isolating IRI at all, but the problem is US isolating Iranian opposition. Prince Reza Pahlavi (3) does not represent Iran's opposition although he likes to think so. Dr. Mossadegh and the later Jebhe Melli members were the biggest fans of the United States in 1940's and early 1950's but a wrong decision in 1953, changed that friendship for the last 65 years.  Please note that my intention here is *not* to compare the current situation with the time of CIA coup in Iran of 1953 which is a wrong comparison because Islamic Republic of Iran is neither democratic nor a US friend. The issue here is about Iran's political opposition (4). A new generation of Iranian opposition individuals and groups has grown in the last 40 years who favor the US democratic and secular system of government and seek friendship with the United States. United States should not choose any opposition group over the other, Iranians will do that, and it has not happened yet. United States can support Iranians and Iran's opposition groups, in many reasonable ways (5), but deciding for Iranians can backfire.