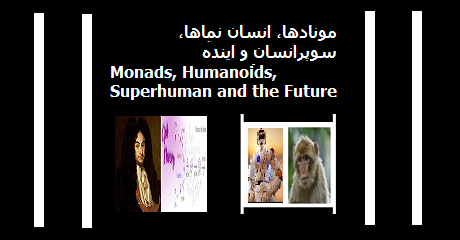 Fifteen years ago I wrote a paper entitled 'Leibniz's Monads and Javadi's CPH' where Leibniz's Monadology was discussed in light of CPH Theory proposed by physicist Hossein Javadi who lives in Iran and had proposed CPH using Higgs Boson long before Peter Higgs received a Nobel Prize and thanks to Hossein Javadi's active presence in scientific journals during the last decade, my Monadology paper has received a lot of attention in scientific and philosophical circles. Two years ago I published a note entitled 'Nanobots or Humanoids' comparing two approaches of making 'nanobots' versus 'humanoids' to create an artificial sentient being. Two months later in an article entitled 'Kurzweil's Response about the Next Step in Making of an Artificial Sentient Being,' I published Ray Kurzweil's response to me as to where we are in terms of real HBE (Human Brain Equivalent) in our current technology. Due to the Corona Pandemic in the last few months, non-biological path beyond Singularity to make an artificial sentient being is gaining more attention because it seems like fighting computer viruses is easier than dealing with biological viruses. And regardless of artificial sentient being to be biological or non-biological, Leibniz's model of Monads resembles a biological model in physics, and may still be a very useful model. One question that has occupied my mind recently is whether this artificial sentient being regardless of how it is made can be considered what some philosophers in modern times called a 'superhuman!' In the view of this author, when we have the merger of biological human and machine as Ray Kurzweil predicted for the early part of Singularity which we have already started with all the artificial components such as pace-makers in our body, and then, in later part of Singularity having a totally nonbiological body, we still will not have a so-called "superhuman." Why? The universe is so enormous whether at micro or macro levels, that whether we are biological or nonbiological, we are still like ants within such a universe and I doubt it if our understanding of the world will become much different than what it is today to make us such a "superhuman" and we still will need to be humble living in this universe whether we are biological or not. This does not mean that exponential change as Kurzweil has taught us is a bad paradigm, but if we think to be the "masters" of the universe like ancient absolute rulers or ancient Gods, I seriously doubt it and also Kurzweil does not mean such a thing and he even has always avoided using the "transhuman" terminology! We will remain like ants in a big valley and still need to come to terms with this reality and be modest as once Bertrand Russell wrote in his 'A History of Western Philosophy': To frame a philosophy capable of coping with men intoxicated with the prospect of most unlimited power and also with the apathy of the powerless is the most pressing task of our time (1945, P.729 Simon @ Schuster Edition). Nonetheless expecting 'New Variant to Meet Human Needs and Humanity's Nowruz in 21st Century' is reasonable. Although the first step is creating alternative income.