P.S. 11/24/21: A posting related to this article was removed by googlegroups' admins several times today because they want to bring back Savak to Iran after the end of Iran's current police state. SG 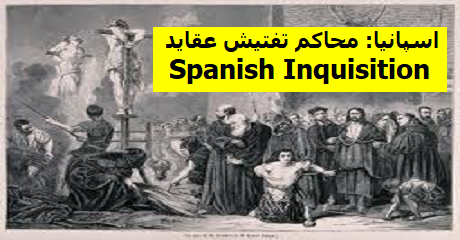 [This article was first written on June 23, 1994 with a title of “What Killed Zavvar-e Emaam Reza?” following the bombing in Mashhad shrine which killed a number of innocent people. The Persian version was written in 2004]

When a friend's relative dies of old age and you attend the services, you say condolences but what can you say to people who have lost a loved one in the Mashhad tragedy? I once was in this kind of situation. The sister of a friend of mine with her three kids died in a very similar tragedy. I was speechless. I did not know what to say. After thinking it over, the following were my thoughts.

I think what killed these innocent people is an attitude which is present in some supporters of all religious and political groups. You could be the supporter of one of the most dictatorial and fascistic groups or governments and still not have the attitude that I am referring to. You can be the supporter of the most democratic organization but have this attitude. I believe, this attitude, is killer of the innocent and it is responsible for many other similar atrocities all over the world. What is this attitude?

It is the attitude of believing that END JUSTIFIES THE MEANS. Let me give you an example. I have known individuals who were devout supporters of IRI, or devout communists, or devout monarchists, or devout MKO supporters, or devout liberals, but they were very good individuals. They had some personal standards which they observed. Call it the TEN COMMANDMENTS of Moses. Call it simply being good.

I think we all have a feel for what it means, because we all have experienced the moments that we have seen a person from an ideology or group which we hate but at the same time we have acknowledged some so-and-so individual in that camp as a real good person. Once I saw a devout Muslim who knew such an individual who was an atheist and that Muslim would call that atheist, as a "real-Muslim-who-is-not- aware-of-what-he-is". So we all know such feelings.

IN CONTRAST, I have seen supporters of these same groups or schools of thought who would lie or hurt or do anything to achieve their END. In other words to achieve what they want, they did not mind how they would get it. So it can be lying, it can be killing the innocent people, it can be torture, it can be anything that can get them one step closer to their goal. I think this attitude is what kills people.

If an individual has some criteria in life that would consider such acts PERSONALLY abhorrent, no matter what any group, creed, ideology, religion, party, or government says, such an individual will never commit such crimes against humanity. But on the contrary the individual who thinks END JUSTIFIES THE MEANS can commit any atrocity in the name of freedom, peace, religion, love, country, and you name it there is an abundance of such causes one could pick up in the attaari's of all schools of thought.

The ones who I call GOOD PEOPLE, would feel more hurt if they see the group or school of thought, they feel close to, is committing torture or criminal acts like this massacre. They have a reference point IN THEMSELVES that does not allow them to commit such acts and they feel hurt in their heart when they see that there are still people in the world who call themselves humans and still believe in END JUSTIFYING THE MEANS.

* The above article was first posted as “What Killed zavvar-e Emaam Reza?” on SCI (soc.culture.iranian) Usenet newsgroup on June 23, 1994