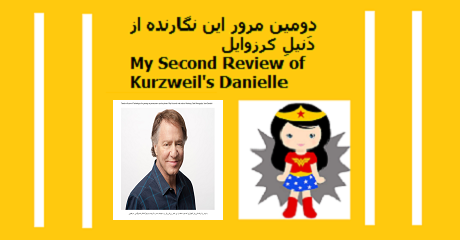 A year ago, I wrote my first review of Ray Kurzweil's book entitled Danielle.  When I first thought about his book, I considered it as an educational book to show children that anybody can try to change the world for the better. Now, a year later, it is something different for me. A little personal history, my focus from day one in studying the Post-industrial society, Information Society, and Age of Singularity, has been to achieve democracy and Social Justice! Contrary to socialists, I do not believe in magical power of any state, as someone like Plato may label them good or bad, to usher in democracy and social justice, and from Plato's Apology describing the fate of Socrates in the hands of Athenian state, till the promises of Communist states and others in our times, we have continuously been disappointed. In Kurzweil's Danielle, I see an ordinary individual, who happens to be a kid trying to create abundance in the world relying on her powers, her means and not hoping for magic from any state or God!  No, she is not an anarchist but has not put her hopes on the state. Yes, she is working for abundance of everything, the same way we have abundance of air on this Earth. No, Kurzweil is not offering any Ponzi quick-get-rich scheme for anybody. And yes it is about making a new world! I wish people like Bernie Sanders and AOC would read more of Kurzweilian Futurism than trying to reinterpret the Cuban failed state and society where you can neither find democracy nor social justice. Real democracy and social justice is what Kurzweil has been striving for!