Futurism and Road of Change in Iran 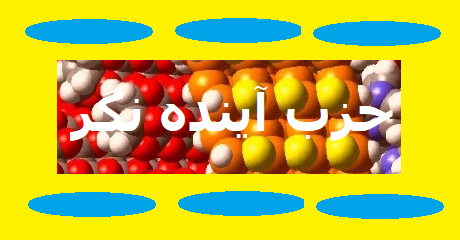 Twelve years ago many Iranian political forces still had asked themselves the question of "what do we want", and even if they asked did not have a clear answer for it.  Today almost all Iranian political forces have a platform.  As a result it is true that every political current and group follows a different goal for the future but I can dare to say that in contrast to the years prior to the 1979 Iranian Revolution where the regime's opponents had hardly thought of the future after the fall of the regime, today most of the Iranian political forces of Iran even have written a draft of their desired constitution for Iran after Islamic Republic and hope to be able to vote in a referendum for their favored constitution.

Now that the goals of the Iranian political forces are clear, the question is what the way is to arrive at these goals.  If in response to what we want, many answers were proposed which were finally crystallized in a number of platforms of political parties and groups, in response to the road of change, the ways can be many, and depending on the desired road of every force of individual, a certain kind of action they will do.  My goal here is not to offer the roads intended by various political forces of Iran.  What is my focus here is the road for change which I think is right for the Iranian futurist political forces.

Let me first note that my point here is not about depicting for example the armed struggle or peaceful change in front of the political forces.  If our road is that we have to take the road from Tabriz to Tehran instead of using the train or airlines, in that case the next question is whether to travel that road by a tank or by bus.  A lot of times the discussion of peacefulness is proffered as the way whereas peacefulness is about the means that are used in the way and do not determine the way itself.  In my opinion the preference of the Iranian political forces today is undeniably to use the peaceful means to reach the next stage in Iran, and whether this preference changes, depends both on the regime and on the opposition, and this is not the topic of my discussion here.  The topic of my discussion is road of change in Iran.

Unfortunately many of the old and young Iranian activists think the road of future Iran is similar to the way that Khomeini and the Islamic forces used in 1979 Revolution to gain victory.  Those forces initiated continuous demonstrations and strikes thru the crowds from inside the mosques to gain victory.  In Iran, similar secular organizations with such breadth do not exist.  Universities and schools are very limited.  Giving slogans of such as the demand for free elections limited to the student organizations and bazaar as the road to change by Jebhe Melli all the years of Shah's regime could not even overthrow a cabinet in Iran.  Only during the years of 1941 to 1953 when the widespread trade organizations of Tudeh Party showed the strength of secular organizations in Iran and the way to achieve their goal thru these channels were a serious force which lost because of political errors and ideological problems, nonetheless the way chosen was the most successful case that Iranian secular forces ever had in Iran.

As a result today those of the best old and young activists who have grown up in the students movement even if they are united their forces together cannot be considered the road of change for future Iran.  Of course if it was that a foreign country was bring a force to power in Iran it then all depends on their dependency on that government and the desire of that state in bringing which one of them to power.  Otherwise as far as the change thru independent internal forces is concerned, such forces by themselves and even as united cannot be the road to the change for Iran's future, even if they be the most sincere and devoted individuals of Iran.

Although in my opinion the Iranian Futurist Party [http://www.ghandchi.com/348-HezbeAyandehnegar.htm] is one of the most important need for future of Iran, nonetheless such gatherings and putting the name of party on them will not solve any problems and in the past few years  many of such gatherings with various party names have come into being and died away and even if they are still around have not had even the impact of a small women's group in the society.  The truth is that many of them are advanced and progressive as far as their platforms are concerned but defining the goal is very different from determning the way to get there.

In my opinion the road of change to future Iran is thru the various trade and social unions with different needs and demands to reach a point to call for the political demands for the change of Iran.  Such as the Solidarity organization of Poland.  In fact the change in all the former Communist countries had this luck that in all of them there were large secular organizations such as workers trade unions and professional associations.  In Iran fortunately the women have been a lot more informed and have come to this understanding a lot sooner than other social groupings and have created various organizations to achieve their demands and al this have been done in a society where social activity for women if the hardest work.  Why haven't other social groups done the same thing?  In my opinion because the they all had hoped for a short cut and quick result.

In fact, the formation of the syndicate of bus company of Tehran was one of the first serious efforts in this way.  The question is that in this age how can more and more professional unions be formed and not just for workers.  In my opinion the solution is in the Internet.

Internet is no longer just accessible to a select group and the subscription in Iran is 4 to 6 millions and even higher numbers of talked about, and if each individual in a family to have a radius of four people around them this number would mean about 20 million people.  Such a space if the best area for forming the professional unions.

In fact, in the West a similar change has started too and not only the old professions and social groups such as workers, but even among the professions related to computers themselves such as for programmers, Internet unions are forming now.  It is now clear to all those involved with the Information Age that the majority will not be Bill Gates of Microsoft or the founders of Google and issues such as retirement, insurance, unemployment benefits, and the like for the individual and one's family are and will be critical matters.  In an article about social justice and computer revolution [http://www.ghandchi.com/265-EconJusticeEng.htm] I had explained the situation in the Silicon Valley of the U.S. and similar situation in all other parts of the world including in Iran, has developed or will develop.

In short, formation of various organizations for different professions and jobs and social groups, such as the organizations of women in Iran, is what in my opinion the road of change to future Iran and without such a foundation any secular party will either have to relay on a foreign force or will have to compromise with a part of regime, because of not having a strong internal base.  In my opinion the challenge for the futurist individuals and gatherings  is to help formation of these organizations to achieve the professional, trade, and social goals, all by using the Internet.