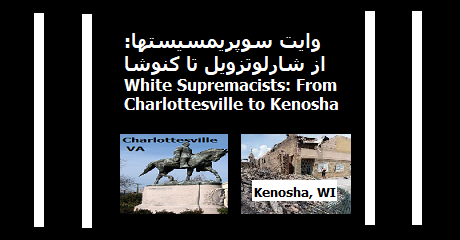 Analysis of White Supremacists was discussed in the past and not much to add. Despite George Flyod incident, I do not think racism against blacks is that significant in today's America, nor police brutality is much of an issue, but White Supremacists are a serious matter to be addressed, and I do not blame President Trump for increase of problems related to White Supremacists, in fact, if President Trump was not the president in the last 4 years, the problem could have been worse. Three years ago I wrote about the unrest following gathering of White Supremacists in Charlottesville. About a week ago visiting Charlottesville after more than a year, the city was really torn down whereas in the past it was a beautiful college town like Santa Barbara, CA, and the current desolated situation is not just a Corona effect. I saw something like a fence around the statue of General Robert E. Lee and the park where it is located at, was pretty dead, saw a couple of homeless guys wondering around. It is true that North-vs-South divide did not disappear after US Civil War and the related issues have been with us for 150 years, but this new resurgence is definitely something different and relates to the economic situation of past white high-paid workers. The reports about violence in Kenosha in Wisconsin during the last few days are very disturbing. I think whether President Trump wins the November Election or Joe Biden, the issue of White Supremacists needs to be addressed properly. They were high-paying workers in industries of states like Ohio or Wisconsin, who have lost their jobs to low-paid workers in China, and they look for a scapegoat in other sections of workforce in the US, to blame their loss and it does not seem like the economy will change in a way to get them back to their old status.