P.S. Oct 1, 2017:Announcing Change of Position to Opposing any form of Federalism for Iran: http://www.ghandchi.com/1641-etelaieh-federalism-english.htm 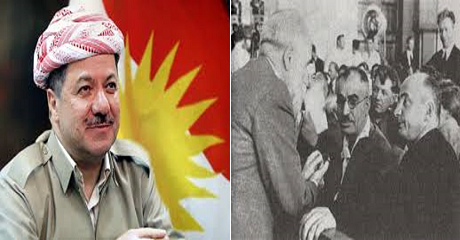 One of the reasons of the opposition of an important part of Iran's progressive movement to federalism in Iran, is the wrong understanding of the authority of state governments, in limiting the human rights of the citizens of their respective states.  Many think that if federalism is formed in Iran, for example the state government of Azerbaijan can decide for the citizens of that state to be banned from accessing the Internet.

To explain the issue better, I would like to use the example of the Southern states of the U.S., before the Civil War, when those states believed that federalism gives them the right to keep a system of slavery in their states, and thought that the federal government cannot force them to abolish slavery.  So what was the problem?

After the independence of the U.S., two political trends were formed with respect to the issue of federalism, and incidentally they were both in the Northern founding states.  The former were those related to the Federalist Party and the latter were the supporters of the Democratic Party which was called Democratic-Republican Party at that time, and its founder was Thomas Jefferson.  By the second term of George Washington's office, the Federalist Party was formed and Washington in his second term, was the candidate of the Federalist Party, and John Adams, the second U.S. president was also from that party.

One of the principle figures of the Federalist Party was Alexander Hamilton, who together with James Madison, were authors of the Federalist Papers, which I have previously discussed in Kurdistan, Federalism and Iranian National Sentiments. In reality those writings were attempts to explain the legal structures of checks and balances within a federal system, because the U.S. from its inception, was created out of joining of a number of relatively separate states, and it had not been the result of a previous centralized state, and the task before the founders was not that much if creating the state structures, which mostly existed, as it was the creation of federal structures, which were formed after the Revolution.

Thus the many of the emphasis of Federalists on the authorities of the central government, even caused a suspicion for people like Thomas Jefferson, who for a long time thought that Hamilton was working to set up a monarchy in the U.S.  Of course, later Hamilton, at the time of Thomas Jefferson's candidacy for president, supported Jefferson, even though he was from a competing party.  Also later on Madison got close to Jefferson, and became the president as a candidate of the Democratic Party.

It is noteworthy that during Madison's presidency, in 1814, the British took over Washington D.C. and bunt the White House and Capitol and Madison went to Virginia.  In other words, the British colonial force was neither happy with the Federalists who emphasized the central state,  nor with the Democrats who emphasized the rights of the states, and one should not consider the program of either one of them as the plan of the colonialists.  In Iran's case. it is the same way that at times the colonialists wanted the disintegration of Iran and at other times wanted its solid centralization.  Thus calling the plan for either a centralized state, or a federal state, to be a colonialist plan is wrong.

About hundred years after the founding of the U.S., the issue of slavery was raised with relation to federalism in the U.S. The slave-owning states claimed that it is their state right within a federal system, to keep the slavery in their states.  In fact, the reason Democratic Party was not able to be effective in the abolition of slavery, was because that party made the error of thinking that the states have the right, to take away the human right of their citizens to freedom from slavery, whereas the human rights are higher rights than the state rights.

Abraham Lincoln the president from the Republican Party, which was a young party at the time, clearly raised the demand for abolition of slavery beyond the state rights, and fought for it, whereas the Democratic Party at that juncture of time did not understand the priority of human rights to the state rights.

In today's world, with respect to Iran, we are facing a similar situation.  Those whose understanding of federalism, is the ethnic fiefdom, to subordinate the human rights to state rights, have a wrong understanding of federalism, and on the other hand, those who equate this wrong perception of federalism with the demand for federalism in Iran, and by rejecting this wrong position, want to discredit the program for a federal state in Iran, are trying to bring back despotism in opposition to the political rights of different nationalities of Iran.

The error of the likes of Pishevari and ferghe demokrate Azerbaijan was not their defense of the rights of the nationalities of Iran, but their joining a foreign force was their error, the same error that is repeated today by the opponents of federalism, when they call for the invasion of Iran by a power, meaning the invasion by the U.S., so that they can get to power in Iran.

In reality, the mistake of Pishevari at that time, and these people today,  is the same.  Pishevari was naively thinking about foreign invaders then, and these people naively think about foreign invaders now, and they both forgot and forget that the best solution for Iranian people is made by Iranian people themselves in a free state, and the attack of no foreign aggressor to Iran would be the solution for the freedom, justice, and progress in Iran.

As I noted in Kurds & Formation of Central Government in Iran, what the opponents of federalism fear the most, namely disintegration of Iran to another Yugoslavia, can happen as the result of their lack of attention to the political demands of various states of Iran.