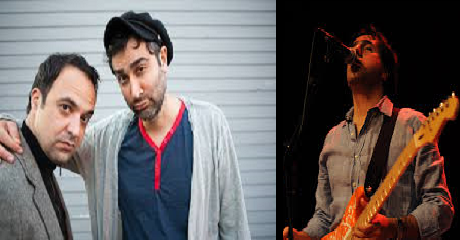 The first edition of this article was published 5 years ago and three months before that on the anniversary of first year of Mr. Hassan Rouhani's first term as Iran's president, I discussed a few points about the perception of people inside Iran regarding the Iranian diaspora and specifically about Persian TV programs abroad. Maybe it would be interesting for the producers to know what the viewers inside Iran say about the two satirical TV programs by the names of OnTenTV and Poletik that broadcast from the US to Iran. OnTenTV program is created by Mr. Saman Arbabi and his colleagues and is a weekly broadcast by VOA Persian and later famous Iranian musician Mr. Arash Sobhani also joined them and also produced his own separate program after that time. Poletik program is created by Mr. Kambiz Hosseini and his colleagues and is a weekly broadcast by Radio Farda.  In the past, Mr. Kambiz Hosseini and Mr. Saman Arbabi created a successful weekly joint program by the name of Parazit which used to broadcast by Voice of America. Parazit perhaps had the highest number of viewers in Iran as compared to any other Persian TV program from abroad. When I worked at the VOA, I used to see Kambiz and Saman at work from time to time but it has been years since I have had any contact with them although I see their productions on the Internet including Mr. Kambiz Hosseini's Paradox and the contributions of Mr. Saman Arbabi and Mr. Arash Sobhani to the Tablet program of Ms. Masih Alinejad.

Most of the people inside Iran who have access to satellite TV have heard about OnTenTV and Poletik. But the viewers of the first one are different from those of the second one and their choice has been made very consciously. The viewers of Saman Arbabi's OnTenTV are the youth who believe in thinking of new ways to solve the social problems of Iran and do not care for discussing what is wrong and right in the current methods of Islamic Republic and want to search beyond the current reality of Iran.  The viewers of Mr. Kambiz Hosseini's Poletik program are mostly above 25 years of age and are not necessarily reformist, but not only find the discussion of current government policies to be useful but when these issues are raised by Mr. Kambiz Hosseini, they feel like a weight has been lifted from their shoulder. They hear their heartfelt feelings from the mouth of Mr. Kambiz Hosseini. Sometimes I think to myself that maybe both angles in Parazit joint program of Mr. Saman Arbabi and Mr. Kambiz Hosseini were somewhat a kind of cooperation between two generations of Iranians to seek the way of the future for Iran.

But today after the December 2017 Uprising, the approach of Iranian people has totally changed and opposing Islamic reformism and demanding regime change is not particular to some intellectuals and has clearly been pronounced by Iranian people in the last two years.

*The first edition of this article was published on July 27, 2014