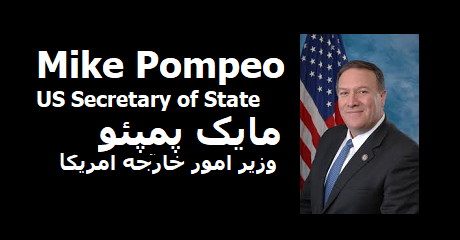 Dear Secretary of State Mr. Mike Pompeo, This morning you said to reporters: <It is absolutely the case that we've seen escalatory action from the Iranians, and it is equally the case that we will hold the Iranians accountable for attacks on American interests>. You have always referred to the IslamicKKK ruling Iran as <Iran's Regime> which is correct and is much appreciated, but please also do not call IslamicKKK ruling Iran as <Iranians>. Iranian people have no war with the United States and if there is any war between the USA and IslamicKKK including IRGC which has ruled Iran for the last 40 years, Iranians will stay <pacifist> not participating in the war and IslamicKKK ruling Iran can call us <capitulators>, just as Daesh last year hated people of Mosul for not supporting Daesh in the war with the US; we know Daesh was the official government in Mosul for two years, but the people of Mosul stayed pacifist, and welcomed the fall of Daesh.


Hoping for a democratic and secular futurist republic in Iran,