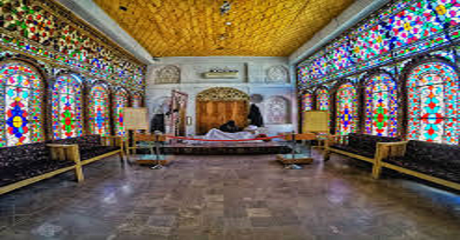 Since the 1953 coup in Iran, for over 65 years, in Iranian political literature, numerous critiques of Tudeh Party have been written but the main issue has not been deeply addressed, and still is the main problem of Iranian opposition, which is a heritage of the hezbe tudeh's tradition.  I do not mean the Tudeh party itself or its remnants, which are not much different from the rest of Iranian opposition.  I mean another point which I will explain below.

In the years from the 1953 coup to the 1979 Iranian Revolution, within Iranian radical movement, basically the criticism of Tudeh Party was that hezbe tudeh was a reformist party.  Iran's Nationalists criticized the Tudeh Party for being in subordination of the then Soviet Union.  And the approach of Pahlavi regime was that Tudeh Party acted as the spy of the Soviets trying to replace the British and American influence with the Soviet influence.  The Islamist currents called the Tudeh Party as Godless communists, although Tudeh Party did not emphasize promoting atheism.

After the 1979 Revolution, as the whole Iranian Radical movement turned more and more towards reformism, the difference between Tudeh Party and the rest of the left was reduced, and by 1981, some parts of Iranian radical left were merged with the Tudeh Party.  A decade later, with the fall of the Soviet Union, the remainders of Tudeh Party were as different as the remainders of all other groups of the left.  The nationalist and religious groups assumed the Tudeh Party as dead or they would repeat the same critiques of the past.  The monarchists also basically used the same old arguments in addressing the Tudeh Party, such as calling them Communist or spy of the foreign powers.

The truth of the matter is that Tudeh Party and its remnants, as a political or ideological force, especially after the fall of the Soviet Union, are not important any more.  Then why am I calling the tudehii thinking as the block of Iranian opposition?

In my opinion, a big problem of Iranian opposition since the founding of Tudeh Party about a century ago, has been the fact that this party regardless of its politics, programs, and even ideology, had always spent its efforts to advise the regime-in-power, telling the regime what it should do, as if this party is in power, and as if the party thinkers are the consultants of the regime of the time, not that this party is *not* in power, and should better be the one offering an alternative to the current regime.  For example, the Democratic Party in the U.S., when it is not in power, it does not spend its efforts to advise the Republican Party in power of the time, and uses its energy for a clear plan to get to power by gaining the US Presidency (even if it is in practice, partially sharing the power in the legislative power in US Congress).

In 1940's, during a semi-democracy in Iran, the reality of Tudeh Party was not like the Italian Communist Party, although they were both leftist and reformists.  Tudeh party did not offer a plan of reform for Iran to organize its forces to to win power, wholly or partially.  Instead, they were advising any government that was in power, and even when they had a few seats in Ahmad Qavam's cabinet, their action was still like a journalist observing the events and offering advice, rather than being like someone who has power and driving his/her program even when sharing power. Surely Mohammad Khatami in his first round of presidency acted like a journalist expressing opinions with regards to the chain murders of the Iran's dissidents and did not act as head of state to do something about it which is a long discussion about the difference of a real republic and the Khomeini's Islamic State which is called a "republic" by Islamists of Iran (1).

In fact, all over the world, whether the revolutionary political organizations, or the reformist ones, all are after taking over power, and are not shy about having this objective, and do not hide it, and they use the reformist or revolutionary ways, to take over power, because they think they can manage the society better, and this is why they discuss and give programs, or else there was no reason to make their own party or group, and could have joined other parties.

In fact, this is the difference of political parties and the media.  The media's goal is to utter various viewpoints, and this is why various papers are formed.  But the goal of forming political groups and parties is not discussion.  The goal is to take over power, whether those who want to gain that goal seek it by reform, or others who want to achieve it by a revolution.  In the basics, there is no difference, and the goal of the political organization is taking power which differentiates it from the media although they may both publish newspapers and magazines.

The Tudehii thinking actually mixes two existing traditions of the world, which were clearly present at the time of mashrootiat (Iran's Constitutional Movement), namely the tradition of the media and that of political parties, and it mixed the goals of the two, or better to say it obfuscated the two.  In my opinion, a big problem of all of our political movement of the last century, from the start of Tudeh Party, and especially in the last 40 years when reform, rather than revolution,  has been the focus of Iranian political currents, understanding of reform has not been like the political tradition of mashrootiat, instead the Tudehii thinking has been the norm, as if the program of political parties for reform means critiquing is to recommend ways and means to the existing regime and not to take power.

Regardless of the political thought and platform of various political currents, each political current should understand its difference with the media and to know its goal is in taking power.  Although it is true that political parties also do educational and journalistic works, but their goal in doing all that, is to take power, and they should not be unclear about it, and to be shy of announcing their goal.

Now is the time to create Futurist parties in Iran.  A suggested Futurist Party Platform (3) can be used as a template.  This platform, as compared to what has been offered even after the American Revolution, by the US Democratic Party, or by the socialists at the time of manifesto and Erfurt Program, in the areas of democracy, justice, progress, and foreign affairs, relative to the current post-industrial society, is as complete, as those were relative to the society of their times. And of course more than a year ago Iranians abroad have created the "Iranian Secular Democratic Party" (4) which is a futurist party and the political forces inside Iran can make use of their experience, although inside Iran, there is no democracy and the political groups are faced with dictatorship which makes social activities very difficult.

For example, if the founders of the American Revolution, for the programs of social justice of future society that they had in mind, saw it in light of private property, or the socialists of the industrial society viewed the justice of the future in light of the state economy, the suggested futurist party platform views the programs for future social justice in light of the ownership of the non-governmental NGO's, but just like the early capitalist or socialist programs of the industrial society, this program will also add more details by the party as time goes, and if this program is not richer than the political programs of capitalism and socialism of the early industrial society, it surely is not weaker (5).

Moreover, the goal of proposing a dialogue about the party platform (6), is to arrive at a comprehensive program for a party seeking to take political power in Iran, and of course taking power does not mean not having allies and not creating coalitions, which has been discussed specifically in a writing entitled "Futurist Party and Political Coalitions" (7), but for the founders of the party, it is necessary to be clear, that the goal of the political party is to take power which is different from the objective of the press.

In view of this author, lack of clearly aiming for power, will result in a situation where a sudden surge of the movement, can make a traditional force, such as the mosques in 1979, to be thrown onto the top of the power, and this way the modern political forces can end up becoming the media critics of the next political transition of our society and not a force capable to take political power in Iran.

*First edition of this article was published more than 14 years ago.

6. About a Futurist Party