P.S. 11/12/22: Again yesterday, this time a military threat to Saudi Arabia by Intelligence Minister of Mr. Ebrahim Raisi's government, in other words, a similar action of the government of Mr. Hassan Rouhani which ended up in the death of PS752 flight passengers who were sacrificed by such provocative actions in the region. For how long more Islamic Regime of Iran (IRI), similar to some criminal Palestinian groups, wants to use people's lives as a shield for its own foolish adventures in the region! 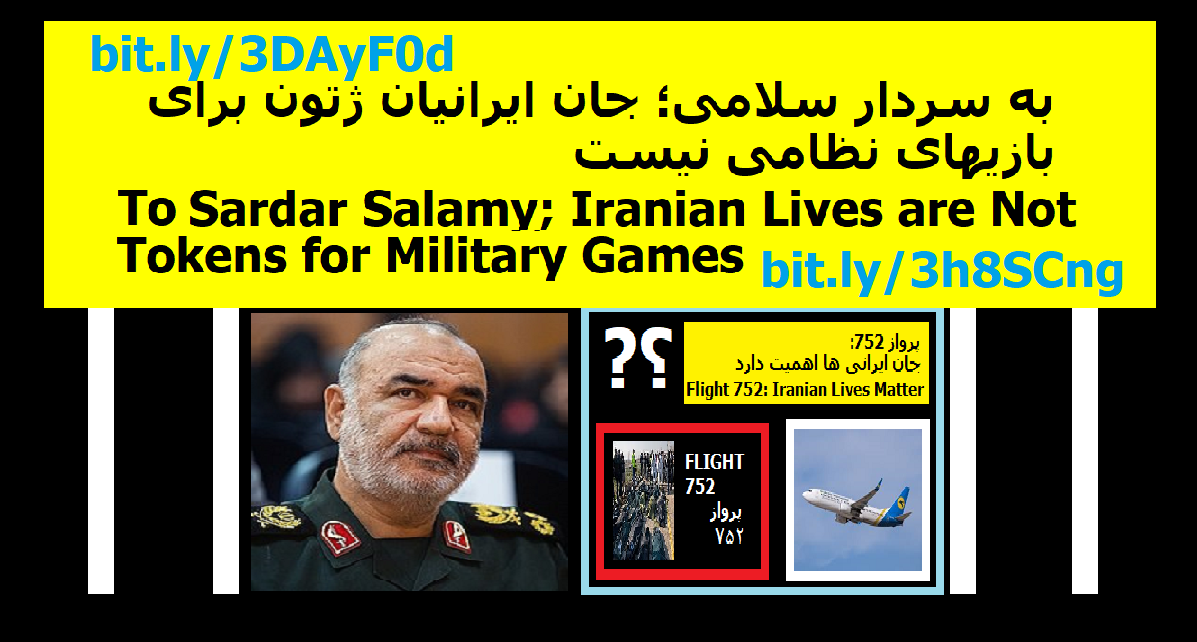 Yesterday the Persian Edition of The Independent (UK Online Newspaper) reported that  IRGC General Salami rescinded his threats of three days ago against Saudi Arabia after a quick US response! This is a fourth time in the last three years IRGC has played with Iranian lives in its military games. The first time was in June 2019! The second time was on January 3, 2020, and if Shahbanou Farah Pahlavi had not intervened to stop the crazy military game, a large number of Iranian lives and 52 Iranian heritage sites were at risk in a possible Trump attack on Iran! Finally a week later in another IRGC game, the tragedy of Flight 752 happened which is now internationally declared as an intentional shooting by IRGC! Last week we witnessed a new military game by IRGC Sardar Hossein Salami which could have ended in another Tragedy of Military Games if Pentagon's clear support for Saudi Arabia had not put a stop to it! Iranians have suffered enough in the last 43 years from what the IslamicKKK did on the same day of November 4th as yesterday but in 1979 at the US Embassy in Tehran which was not much different from all these stupid military games and its smoke blew in the eyes of all Iranians all over the world for all these years!