Why US Left Afghanistan 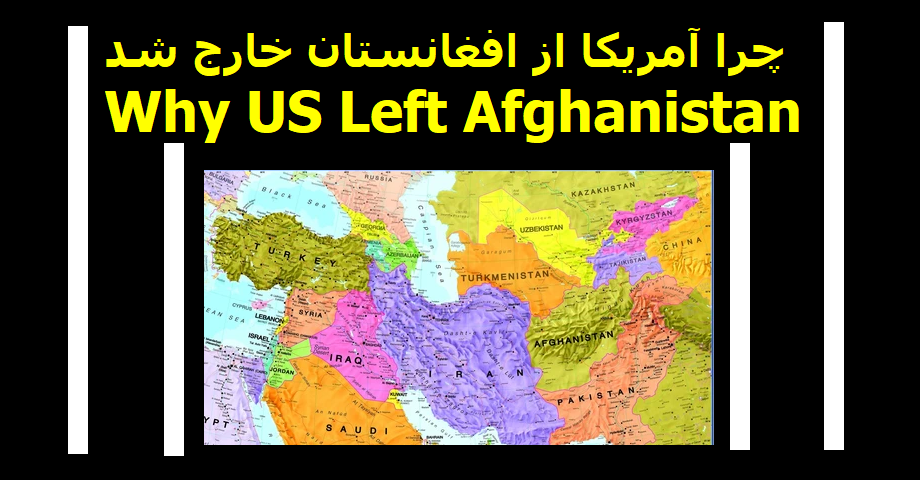 What I am writing below about the reason for last month's exit of US armed forces from Afghanistan is not based on anything said by US officials in the press or elsewhere, and is simply my guess, and I could well be wrong! The entry of US armed forces into Afghanistan in 2001, was a mission to retaliate Al-Qaeda's September 11, 2001 attack, that killed thousands of Americans, and the mission was accomplished on May 2, 2011 when Bin Laden was killed by the US Armed Forces! The continuation of US military presence in Afghanistan during the last 10 years, provided some kind of police protection in face of IslamicKKK attacks in that region. The beneficiaries of police protection were not just US citizens living in that region and the Afghan people, but also included China, Russia, European Union and many others who are active in Middle East business! Moreover, China has problems with Uyghur Islamists in its own territories and US presence in Afghanistan benefited China financially and militarily to keep Uyghurs away from Taliban support, nonetheless, China did not help with fighting IslamicKKK, and even made lucrative business deals all over the Middle East with various Islamist forces including Islamic "Republic" of Iran (IRI)! Also Russia that has had problems with Islamists in Chechnya long before this period, and even though US Presence in Afghanistan halted Taliban support for Chechen Islamists, yet not only Russia did not help financially or militarily with fighting IslamicKKK, they made their own lucrative deals with various Islamist forces including Islamic Regime of Iran (IRI)! The same can be said about European countries and others that are economically very active in the Middle East! Does this all mean going back to Green Belt policy for the USA, as I discussed last month in an article entitled 'US Cold War with China and Russia Helps New Rise of IslamicKKK!? I hope not! We all remember the results of US Green Belt policies more than half a century ago during the Cold War era, which was discussed about four years ago in an article entitled 'Frankenstein's Islamist Monster!'  Also six years ago in 2015 in an article entitled 'Time for a Global Secular Initiative,'  I expressed my hope that the U.S. and European Union take the lead to form a secular democratic peaceful initiative to counter the rise of Islamism in the world before we witness another catastrophe like German Fascism and the Holocaust, this time in 21st Century!  I still believe in that kind of strategy for progressive forces and world powers with regards to 'Islamism' and in February 2020 in an article entitled 'How Serious of a Threat is IslamicKKK to the World,'  although I do not call for any military attack or for starting any worldwide war with IslamicKKK, but I call for an all-out political, cultural and ideological battle with IslamicKKK by forming a united front of secular democratic forces including governments that support Secularism and/or Democracy, and I still hope this happens! A good example of such a peaceful initiative is 'Cyrus Accords: Next Step for Iran and Israel' that has already been started by people like Mr. Bijan Kian, the president of iVOL.